Why you should be a fan of the fan

You have the same thought every summer – the mercury starts soaring and it’s time to reach for the air conditioner switch. It might not be Summer anymore, but this is Australia! Aside from the occasional storm cloud, it’s still pretty warm outside. Consider this; can you really afford to always use your aircon to cool the house down? That’s a lot of energy and money that you could be unnecessarily throwing away. 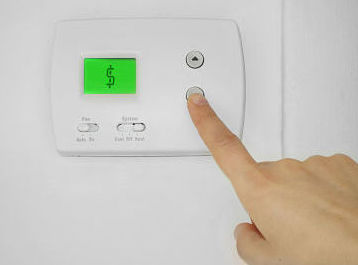 Even the most efficient air conditioners hold their place at the top of the home energy consumption pyramid. On an average summer’s day, there is no other appliance in the typical Australian household that consumes as much electricity as the air conditioner.

According to consumer advocate CHOICE, your air conditioning system could be adding anywhere between $290 – $530 to your yearly power bill, while a ceiling fan will cost only about $30 a year to run.

Those figures alone should be enough to make you reconsider reaching for that switch. So why not be a fan of the fan?

Even better, in the cooler months, when you’re reaching for that heater, you can use your fan on low to circulate warm air around your home too. 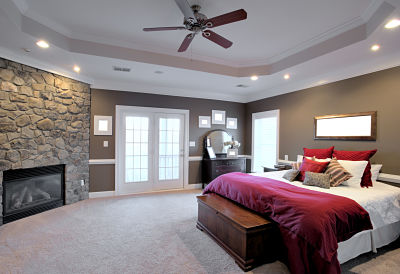 Fans should always be centrally located. As distance increases, air speed decreases, so it is vital to position your fans where your family spends most of the time i.e. the centre of living and dining area or over the bed in the bedroom to maximise circulation. The effect of increased air circulation on a hot day is achieved as moving air dissipates the heat of metabolism, driving it away from your body.

In warm climates such as ours, heat can be purged by establishing cross-ventilation. Put simply, if you have a cooler, shaded area on the East side of your home, open the windows during the day and allow the air to pass through naturally from the cool side and exit on the warmer side of your home. If you’re in a two-storey home, air will flow naturally from the lower levels up, so it’s essential to open the right windows to maximise air flow.

All of the above said, fans and air conditioners don’t need to be mutually exclusive. Essentially, your comfort is a priority. Thankfully, combining your fan and air conditioner use is a good way to both conserve energy and increase your at home comfort.

Ceiling fans improve air conditioner performance by moving the chilled air around your home and adding a natural breeze which allows your body’s natural cooling to work most effectively.

By combining these efforts, you can minimise your energy consumption levels and subsequently save money. Just be sure to turn off your fan or air conditioner when the room is unoccupied!

Of course, if we can help by installing a fan or any other electrical equipment for you, we’d be delighted to help. You can call us on 1300 045 103 or request a quote.